Velox is a Dutch former GPGSL racing team. It was founded by team owner Nick van der Voort. The team entered the GPGSL in Season 1, as one of the founders teams. It stayed in the series until Season 4 when Van der Voort sold the team to focus on being a driver only.

Velox entered the GPGSL with Honda engines and Dunlop tyres, their drivers were team owner Nick van der Voort and Matt Houston. Van der Voort scored two podiums for the team, a 2nd place at the Monaco Grand Prix and a 3rd place at the Italian Grand Prix, but with a poor season by Houston the team could only finish with a 6th place in the constructors championship.

Van der Voort and Houston came back for another season, now with a car that could fight for the top spots, also at the German Grand Prix the team hired Phoenix Racing test driver Zsigmond Somogyi as their new test driver. The team's first victories came at Season 2 with Van der Voort winning at the Dutch Grand Prix and British Grand Prix, and Houston winning at the Belgian Grand Prix and Brazilian Grand Prix, they also went on to score four other podiums to the team. Velox saw a huge climb in the constructors championship, finishing in 2nd place, only behind champions Team Shadow. Houston and Van der Voort also had good drivers championships, finishing with the 4th and 5th places

For the Season 3 the team decided to start producing their own engines, dropping Honda. All three drivers were back, but Somogyi left after the Japanese Grand Prix to be a main driver at Double F. The new engine was not really powerfu, and Velox had a drop of performance when compared with the previous season. But the aero package of the car was superb and Van de Voort won the Japanese Grand Prix and Houston the San Marino Grand Prix, they even finished in the podium on six other races, but were not the second best team in the grid anymore, both ItalianEnglish Dynamics and Martini Paddock Racing were faster and finished with better results. Velox finished the year with a 4th place in the constructors championship.

In Season 4 the team kept their own engines and drivers, and signed rookies Adam Davies and John Maverick as their test drivers. The engine received a big boost in the off season and the team went on winning eight races that season, with Van der Voort winning in the Australian Grand Prix, Hungarian Grand Prix and Canadian Grand Prix, while Houston won at the Belgian Grand Prix, Japanese Grand Prix, Pacific Grand Prix, German Grand Prix and British Grand Prix. Team Shadow and MPR were their only true opponents, but Velox managed to finish the season with an almost forty points lead to both of them in what was a dominant performance. They finished in 1st place in the constructors championship, taking their first and only title, while Matt Houston won the drivers championship, also his first and only, Van der Voort finished with the 3rd place, behind MPR's Marko Aleksander.

Despite the amazing season and the best car in the grid, Van der Voort decided to sold the team as the new rules didn't allowed team owners to be main drivers anymore, that was the end of an amazing team. 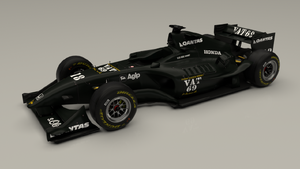 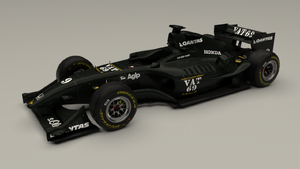 S2: First wins and up to 2nd in the standings 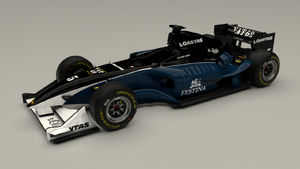 S3: Dropping down to 4th after early season struggles 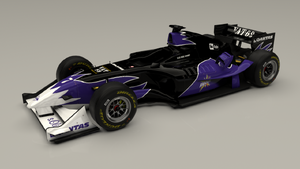 S4: Winning both titles in the team's final season
Add a photo to this gallery
Retrieved from "https://gpgsuperleague.fandom.com/wiki/Velox?oldid=13054"
Community content is available under CC-BY-SA unless otherwise noted.