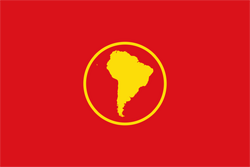 no repeat winners
The South American Grand Prix is the title of an additional GPGSL event held in Brazil. The event has been held five times in total, three times at Jacarepaguá and twice at the Boromo Superveloz.

Retrieved from "https://gpgsuperleague.fandom.com/wiki/South_American_Grand_Prix?oldid=11070"
Community content is available under CC-BY-SA unless otherwise noted.