RaltWest is a Brazilian former GPGSL racing team. It was founded by team owner Bruno Castelló. The team entered the GPGSL in Season 1, as one of the founders teams. It stayed in the series until the round 8 of Season 2 when it went bankrupt.

The team debuted in the premier GPGSL season powered by BMW engines and Bridgestone tyres and with Andrew Fuh and teamowner Bruno Castelló behind the wheel. Despite a promising start to the season with a 4th and 7th place at the Austrian Grand Prix, the team struggled to be competitive, ultimately finishing the season in 9th place in the standings. Fuh's 4th place from the opening round at the Austrian Grand Prix remained the best result of that year.

The driver lineup remained unchanged, however the team switched engine suppliers to Audi. That brought forth results, as Fuh achieved the team's first podium with a second place at the Monaco Grand Prix, a result he repeated later at the Japanese Grand Prix.

Although the team did fairly well in terms of results, the lack of sponsors meant that it was running low on money. Debts started to rise, so that after the United States Grand Prix they had to file for bankruptcy and withdraw from the GPGSL, with Lucky Seven Racing taking over the vacant spot. But despite only competing for half of the season, they improved by one position in the final standings. 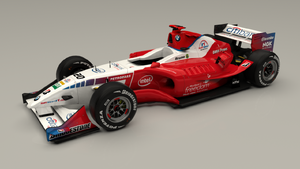 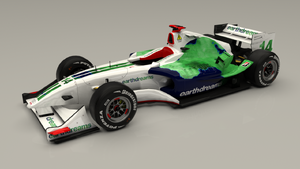 S2: Midseason withdrawl due to financial issues
Add a photo to this gallery
Retrieved from "https://gpgsuperleague.fandom.com/wiki/RaltWest?oldid=13359"
Community content is available under CC-BY-SA unless otherwise noted.