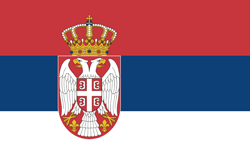 Milos Ancevski is a Serbian former driver for Team Shadow and Maverick Track Performance. He competed in the GPGSL from Season 9 to Season 11.

The Serbian, even though many in the FIA were against it, has managed to participate in the final round of season 9, as Team Shadow's second test driver. The feautre race quali went better than expected for him, grabbing 10th place, and later improving that to 6th in the race, scoring his first testers championship points on his debut.

Retrieved from "https://gpgsuperleague.fandom.com/wiki/Milos_Ancevski?oldid=11333"
Community content is available under CC-BY-SA unless otherwise noted.