S11 Dutch GP
Martini Paddock Racing, also known as Paddock Team Racing or by its abbreviation MPR, is a British former GPGSL racing team. It was founded by team owner Dan Paddock. The team entered the GPGSL in Season 1, as one of the founders teams. It stayed in the series until Season 11 when Paddock decided to close the team to switch his efforts to the smaller racing series Formula 1.

Martini Paddock Racing has recorded 24 victories, 29 pole positions, and 24 fastest laps in its time racing in the GPGSL.

The team was initially established by Mike Seymour as one of the 11 founding members of the GrandPrixGames Super League (GPGSL) in July 2008.

The team held the official entry name of Scuderia Seymour Racing (SSR) and was assigned the numbers 16 and 17. Two young British drivers were signed to the fledgling team. Dan Paddock would drive the #16 car and Ross Cartwright would pilot the #17 machine. Seymour signed a sponsorship deal with British American Tobacco, with the SSR unveiled in the colours of the firm's Lucky Strike brand. Honda and Bridgestone would supply engines and tyres to the team respectively.

In a shock move, Seymour announced that he would be quitting the GPGSL with immediate effect just days before the start of the opening round, transferring ownership of the team to lead driver Paddock. His first move was to rename the team, which debuted under its new guise as Paddock Team Racing at the second round of the season in Brazil.

Despite the promising pre-season build up for PTR, solid results proved hard to come by amid the flurry of changes going on within the team. While the team did pick up its first points in only it's second ever race, the season would ultimately be a disappointment. The high points of the year would be Cartwright's fifth place finish in Monaco and Paddock's eighth place finish in Adelaide, Australia which saved him the ignominy of ranking last in the drivers' standings.

PTR would finish the season in 11th place in the teams' championship. Cartwright ranked 19th in the drivers' table with 16 points and Paddock 21st with 13 points.

Late in the season Paddock announced the team would join forces with the Martini & Rossi distillery from Season 2 onwards, which would see the team re-branded as Martini Paddock Racing (MPR). The team would also be supplied with Porsche engines, renewing the famous link between Martini and Porsche, last seen to devastating effect the 1980s.

In a major coup, PTR confirmed it had signed the Slovenian, Marko Aleksander, to drive for the team in Season 2. Aleksander was classified third in the opening season of the GPGSL, narrowly missing out on a maiden title. 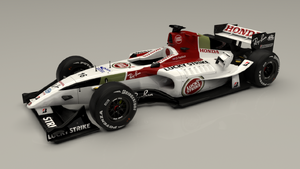 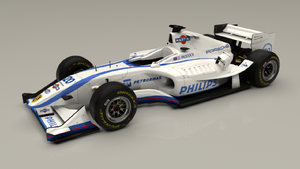 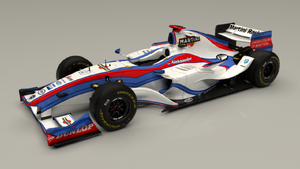 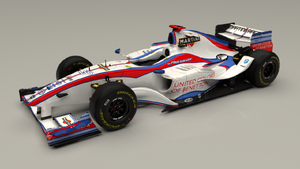 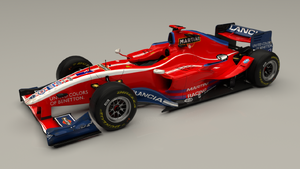 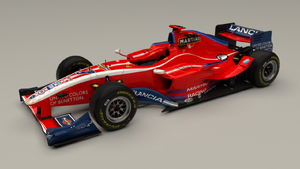 S6: Arrival of Charrel Jalving, who should stay for 6 seasons 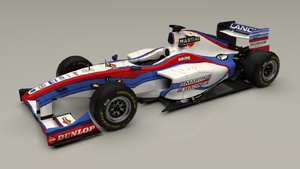 S7: 2 wins and up to 3rd place in the standings 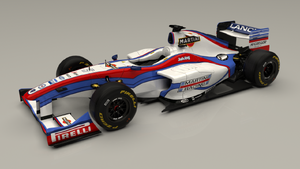 S8: Down to 4th in the first year with Pirelli as tyre supplier 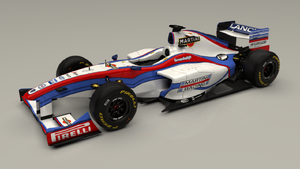 S9: Constructors' champion, and 2nd and 3rd place in the drivers' championship 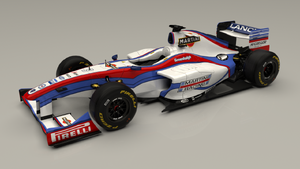 S10: 2nd in the constructors', often facing issues in the races 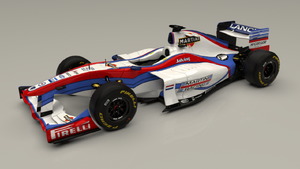 S11: Last season of competing, being the last remaining founding member at that point
Add a photo to this gallery
Retrieved from "https://gpgsuperleague.fandom.com/wiki/Martini_Paddock_Racing?oldid=13641"
Community content is available under CC-BY-SA unless otherwise noted.