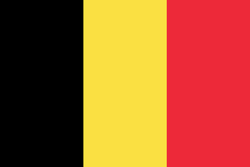 155
Marcus de Bruyker is a Belgian race driver for Tyrant Motorsports. He started his GPGSL career in Season 8 as a test driver for One Racing.

John Warrington was his teammate with ONE Racing in GPGSL-4 after Carlos left and is also his current teammate at Tyrant Motorsports, Marcus won the titel and John became second in their first year with Tyrant in season 12, they both also took the constructors titel for Tyrant.

Retrieved from "https://gpgsuperleague.fandom.com/wiki/Marcus_de_Bruyker?oldid=13500"
Community content is available under CC-BY-SA unless otherwise noted.