M.M. MotorSports, also known by its abbreviation MMM, is a Brazilian GPGSL racing team. It was founded by team owner Natã Cremasco. The team entered the GPGSL in Season 12, replacing fellow Brazilian team One Racing.

M.M. Motorsports entered the GPGSL in Season 12 in the place of fellow Brazilian team One Racing. The team was powered by Ferrari engines and Goodyear tyres. Team owner Natã Cremasco hired veterans Dan Mills and Connor Steer to be MMM's main drivers, while rookie James Peters would join him as the test drivers.

At the start of the season, Cremasco told the media that their main objective was going to be beating Christel VXR, a team that was returning after a long time away of the GPGSL. MMM's season was okay at best, they couldn't score any podiums, and the highlight of the season was Steer's Pole Position at the Turkish Grand Prix, the team would finish with the 9th place in the constructors championship, ahead of Christel and even ahead of Snake Motorsports.

For the Season 13 MMM lost all of their drivers, Mills returned to being a team owner as True North Racing would rejoin the league, while Steer and Peters retired. Michael Soutsen was hired as one of the main drivers, while after an agreement with Ecurie Mistral, Daly McClure would join the team on a loan basis and be the other main driver. Cremasco would join fellow Brazilian rookie Vitor Gustavo as the test drivers. 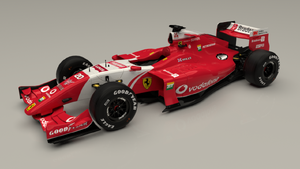 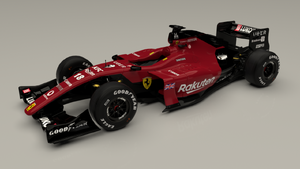 S13: Driver changes and an underpowered Ferrari engine made for a tough year 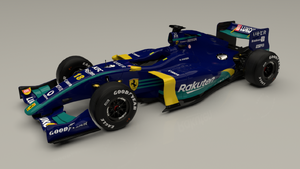 S13: Special livery for the Brazilian GP and the 200th race at the Dutch GP
Add a photo to this gallery
Retrieved from "https://gpgsuperleague.fandom.com/wiki/M.M._MotorSports?oldid=13259"
Community content is available under CC-BY-SA unless otherwise noted.