S4 British GP
Lucky Seven Racing, also known as Lucky7 or by its abbreviation LSR, is an American former GPGSL racing team. It was founded by team owner Randy Winston. The team entered the GPGSL in Season 2, as a replacement for RaltWest in round 9. It stayed in the series until Season 4, when Winston decided to focus on being a racing driver only.

Lucky Seven entered the GPGSL halfway through Season 2, taking the vacant slot of RaltWest. Powered by Porsche engines and Bridgestone tyres the team took over RaltWest's driver Andrew Fuh to fill one of the seats, while the other was taken by team owner Randy Winston. After two rounds, Ross Cartwright, who was demoted to test driver that season at Martini Paddock Racing, was signed to take Winston's seat. Due to lack of preparation, Lucky7 finished the season in last place in the constructors championship, and could only score 8 points in as many races, all coming from Fuh with his best result being the 10th place at the Italian Grand Prix.

For Season 3 the team kept Cartwright, and following Fuh's departure Winston returned to the race seat for the first three races of the season. From the Canadian Grand Prix onwards, Keeley Grant, who was returning from an about one year break, signed with the team to a race seat, while Winston switched to a test driver role. Cartwright took the team's first and only two wins, winning back-to-back at the Dutch Grand Prix and Belgian Grand Prix. They finished the season in 9th in the standings with 88 points, and could have gone even higher if Devil Fox Racing hadn't inherited Double F's points.

The team swtiched to Mazda engines in Season 4, and after Grant's departure to ItalianEnglish Dynamics team owner Winston returned once again to the race seat alongside Cartwright, this time for the whole season. From the United Arab Emirates Grand Prix onwards the team also signed British rookies Ben Johnson and Dean Kittleson as test drivers. While they couldn't take any wins that season, Winston finished on the podium three times. With Cartwright scoring points regularly as well, they could improve to 5th in the constructors championship, and Winston even finished inside the top 10 in the drivers championship.

With the Season 5 rule changes no longer allowing team owners to race, Winston decided to withdraw the team, to focus on his driver career instead. 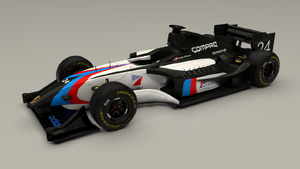 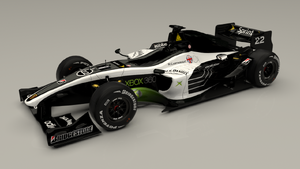 S3: First victories at the hand of Ross Cartwright 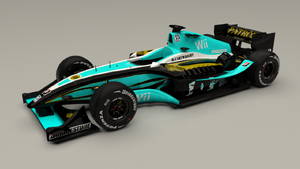 S4: Back to the SMD-300 chassis for their final season
Add a photo to this gallery
Retrieved from "https://gpgsuperleague.fandom.com/wiki/Lucky_Seven_Racing?oldid=13623"
Community content is available under CC-BY-SA unless otherwise noted.