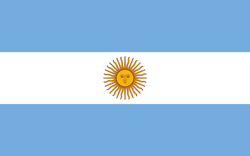 S2 Monaco GP
Jorge Caranti is a Argentine former driver for True North Racing. He competed in the GPGSL in Season 2.

Retrieved from "https://gpgsuperleague.fandom.com/wiki/Jorge_Caranti?oldid=13688"
Community content is available under CC-BY-SA unless otherwise noted.