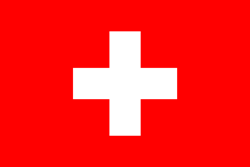 He was employed at Aston Martin Racing and Martini Paddock Racing amongst others. He stepped down at the end of Season 10, to enter his own team Maverick Track Performance.

He's known as the Monisha Kaltenborn of GPGSL, for signing more drivers than he has seats to fill in his team. So far he managed to avoid legal troubles.

John Maverick started his career in 4th season of the GPGSL. After - now retired- Nick van der Voort gave him a chance in a test seat of the Velox team, his first start was at the 8th race of the season. He finished 2nd in the free practice and gave a first impression of his potential. Further good results followed, amongst them one 1st and one 4th place. He ended the season in 9th place, with only having started in 9 of the 17 race-weekends.

In season 5, he stayed with the old Velox team, that was bought by Stuart Ingers and renamed to Aston Martin Racing. He started the season again as a tester, but got new competition in the team with John Warrington - the former GPGSL champion - being his new team mate in the FPs. When Adam Davies, second race driver, wasn't able to bring results for some races, it was finally - and expectedly - John Warrington who was promoted to the race seat. Yet Maverick should get his chance. After an average season with only two podium finishes in FPs so far he got loaned by Ricardo van Smirren - team owner of Van Smirren Motorsports - who had to change his complete lineup. He gave Maverick a shot as number one race driver, and Maverick knew how to use this chance. Aside of his new teammate, Chris Copeman, he won his first race ever in stunningly wet conditions at Dubai circuit. Having bad luck in the following two races, he finished 3rd again in the last race at Silverstone, which brought him 14th position in the final standings as a race driver, and again 9th place in the tester championship.

His stunning victory resulted in various offers for a race drive in Season 6. He finally chose Alpha Racing Team. However, this combination hasn't turned out to be lucky yet. In the first race at Melbourne, Maverick ruined a good race by an unnecessary driving error, which made him finish only 10th. In Monza, a loose tyre forced him to retire, after the pit crew made a mistake at the pit-stop. These incidents were followed by two 2nd places in a row in Montreal and at the Hungaroring, which brought him the second position in WDC at this time. Yet this upward tendency didn't last long, because in Laguna Seca a driver error and finally another loose tyre stopped him again. He set the next highlight at Round 8, the Hockenheim GP, when he won the race from P3, admittedly because of bad luck of his opponents, and finished on the podium in Jacarapagua and Piranema, at the latter race he drove from P8 to P2. After scarcely missing the podiums in Austria and Monaco, a third position in the LeMans qualifying gave hope for a better trend again, but bad luck kept him from further good positions which made him finally end the season on 4th in Driver's Championship.

For Season 7, John Maverick has signed a one year contract with Martini Paddock Racing after he failed to bring in his team after a factory fire. The season opener in Melbourne started promising with a 4th place, followed by P7 in Surfer's paradise. After a very bad race weekend in Suzuka, he could bring home his first podium of the season in Montreal, his most favorite track after Dubai (for obvious reasons). In the 5th race of the season, he still managed to drive to P5 after having to start from P17! At the 100th race of the GPGSL in French Paul Ricard, he won the feature race in the test series where he also participated due to a lack of test drivers at MPR. But in the main season, what followed was a rather decent season - nothing more and nothing less. Maverick constantly drove into the points - with the exception of the races in Monza and and the A1 ring, but he mostly missed to set highlights. The only real highlight was the win at Philipp Island, where he started from P3 and finally had one race with a fully clean set of pitstops. Often enough it was at other races that he missed better results because of pit stop incidents. And so, only 5th position in the WDC stood in the books at the end of the season.

For S8, Maverick once again changed the team and moved to Aston Martin Racing and team up with S7 world champion Ed Greenhalgh. Due to the implementation of the one lap qualifying and AMRs change from the ZG-01 to the ZG-02 car shape, both Greenhalgh and Maverick struggled in the first races, with Maverick losing ground on his teammate when Greenhalgh won the second race while Maverick only managed midfield results in the first 4 races. Then followed 3 podium finishes, along with the two worst races of the season. However, just in time for his kind of home race at Hockenheim he found his strength back and won both Hockenheim and the following race at the A1/Red Bull Ring, which catapulted him to the top of the championship tables after 11 races. The final tables, however, showed him in 2nd, behind team mate Greenhalgh, who succeeded in winning the championship three times in a row. Nonetheless this was Maverick's best championship position and the season was an overall success, both for him and AMR.

Unfortunately, Maverick could not conserve his good S8 form into S9. While the start was promising, with a 3rd place in Melbourne, the radical rule changes took their effect on him and AMR in the following races and Maverick was only able to bring some midfield results most of the time. Despite only one retirement at the Czech GP, highlights were rare. He managed further podium finishes in Canada, the Netherlands and the Austrian GP, but also had to face four pointless races, especially so in the two last races of the season. It was especially those two races that cost him a better position in the championship and leaving him only 7th place. The early dismissal of his new team mate Andrei Sevastian was not helpful either, but it couldn't be denied that replacement Jack Elleker did the post job possible, out-finishing Maverick most of the time. Nonetheless, AMR not only lost the driver's title, but also the constructor's title for the first time in 4 years (5, if you count the predecessor team Velox in). Maverick did not try to blame somebody else than him for this horrific season, but it was easily visible that he was not comfortable with the new Pirelli tyres team principal Stuart Ingers had chosen for this season.

Despite the bad season, Maverick and Aston Martin Racing decided to prolong their partnership, but AMR decided to return to Dunlop tyres; much to Maverick's liking. Yet the season started once again with ups and downs. After 5 races, there were two 2nd places and only points finishes, alongside one pole position, but at this stage he was once again behind team mate Jack Elleker, who managed to snatch the win from him at the Dubai GP, the place of his first ever victory. The revenge followed one race later when he could pick up his first, but unfortunately only win of the season in Italy. A bit later in the season, the Canadian GP should bring him the biggest setback of the season. After both a strong qualifying and a brilliant start into the race, outpacing the rest of the field in the early rounds, an engine failure towards the mid of the race crushed all hopes for an otherwise easy win and, as the future would show, cost him the championship. Marked from this drama, the rest of the America tour was a complete disaster without a single point from the three races. But he did not give up and finished every following race in the points. With his biggest championship rivals also facing issues here and there, he suddenly was back in the title fight. The final race, the showdown in Emmeloord, would bring the result and Maverick set the base for a title win with a strong qualifying performance while all other contenders, including later champion Sebastian Nell, struggled. At the start of the race, luck changed though and Maverick lost position after position. Only in the second stint after the stops he could show his true potential and gained many positions back, but it was too late. He lost the championship with a two point loss - while a tie would have favoured him based on more 2nd places - and once again finished the season 2nd after Season 8. Since Maverick decided to pause his racing career for a team ownership of Maverick Track Performance, including some test duty, this might have been his last chance for the championship.

For Season 11, Maverick switched to his own team as a test driver and just as difficult this first season was for his team, it was for him as a driver as well. 11th after a full season in the WDC marked his career-worst result at the end of the season, with no win and not even a podium finish in the whole season for the first time in his career.

But the team, alongside team owner and driver Maverick, took the right conclusions from this season and in Season 12, both the team and Maverick returned much stronger, allowing Maverick an FP win at the Turkish Grand Prix and two more second places over the season. Him being 4th in the WDC championship at the end of the season once again showed his real potential once again and some people raised the question if Maverick hadn't stopped his main race driver career too early for the sake of his team.

Season 13 started decent as well, with points from seven of the first eight races, including two FP wins and a second place. But a general weakness in the middle of the season put him out of title contention, it seemed at the time. But suddenly, due to ongoing weaknesses from the actual title contenders, Maverick was back in title contention at the season finale - a full feature race - alongside five of his rivals named Nathan McGregor, Glen Sheppard, Stuart Ingers, Gareth McCarthy and Ed Greenhalgh. The best cards were on Nathan McGregor who had not only won the past two FPs with stellar efforts, but who also decided to put everything on one card and boost the car heavily, even with the risk of losing it all to a car failure. But things worked out for McGregor, while Maverick pushed too hard in his desperate attempt to somehow keep up with the leading group. A DNF eventually sealed another 4th place in the WDC championship.

Retrieved from "https://gpgsuperleague.fandom.com/wiki/John_Maverick?oldid=13308"
Community content is available under CC-BY-SA unless otherwise noted.