Greidanus Grand Prix, also known by its abbreviation GGP, is a Dutch former GPGSL racing team. It was founded by team owner Ruben Greidanus. The team entered the GPGSL in Season 10, replacing old-timers Van Smirren Motorsports. It stayed in the series until the end of that season, when Greidanus decided to fold the team and take a sabbatical year.

Ruben Greidanus Greidanus is a long-time member of the GPGSL community who had previously been involved in the series as a driver and administrator. In their début season, the team used Porsche engines and Goodyear tyres. Its drivers were Chris Warrington and GPGSL veteran Dean Kittleson, while Emanuel Domenech joined as a test driver alongside Greidanus. Kittleson set the team's first win at the British Grand Prix, with Warrington finishing 2nd to get the team an amazing one-two. Warrington would later get a win himselft at the Flevoland Grand Prix first race ever.

The team finished the season with a solid 8th place in the constructors' championship, while Ruben Greidanus won the tester's championship. But despite those results, in February 2016, Greidanus announced that the team would close after the season due to personal reasons. 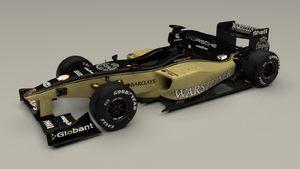 S10: Entering the series with the iconic golden Warsteiner livery 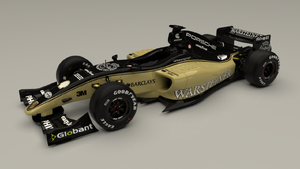 S10: B-spec version of the car, which achieved 2 wins in the last 2 races
Add a photo to this gallery
Retrieved from "https://gpgsuperleague.fandom.com/wiki/Greidanus_Grand_Prix?oldid=12942"
Community content is available under CC-BY-SA unless otherwise noted.