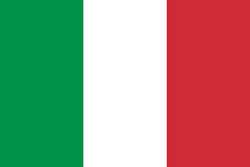 156
Gianluigi Silvestre is an Italian former driver for ScalaGP, MAC Racing, Martini Paddock Racing, Snake Motorsports and Maverick Track Performance. He competed in the GPGSL from Season 5 to Season 12.

Silvestre enters GPGSL in Season 5, replacing TafuroGP#2 test driver William Ward at the Japan GP at Suzuka. After Fischeder's decision to leave the GPGSL he was then promoted race driver, scoring a 3rd place in his debut race at the Pacific GP in Adelaide.

Silvestre is then confirmed as #2 race driver alongside with former GPGSL champion Philip Oakley. After scoring no points in the first races struggling to qualify in the top part of the field he finally manages to get a 6th place at the USA GP at Laguna Seca. He then manages top ten finishes in almost all the races left for a good 9th place.

Silvestre is promoted to #1 race driver (race number #14) at the newly named ScalaGP alongside with Zsigmond Somogyi. As in S6 start, qualify pace was only average and thus the best result is an 8th place in Australia. The lack of pace consequentely resulted in low activity and for French and Dutch GP Silvestre is penalized and demoted to test seat. After scoring only 13 points in 15 races he is again penalized and could not take part to season's final two races.

After ScalaGP withdrawal from GPGSL, Silvestre joins MAC Racing as a test driver. After a good 4th place in first race he lacks speed on single lap, with only an average 7th place as best result.

Retrieved from "https://gpgsuperleague.fandom.com/wiki/Gianluigi_Silvestre?oldid=13577"
Community content is available under CC-BY-SA unless otherwise noted.