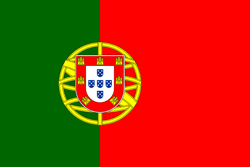 Double F is a German former GPGSL racing team. It was founded by team owner Florian Fischeder. The team entered the GPGSL in Season 1, as one of the founders teams. It stayed in the series until round 7 of Season 3 when Fischeder decided to fold the team due to a lack of performance and his desire to become a racing driver.

Double F's Season 1 car was powered by Honda with Bridgestne tyres, Monil Santilal and Jethro Walters were signed as drivers. They started the season in the best way possible, with a one-two win at the opening round in the Austrian Grand Prix, Santilal leading Walters. Santilal went on to win also in the Monaco Grand Prix, British Grand Prix and German Grand Prix, being the top contender for the title, while Walters struggled with reliability issues retiring four times during the season.

Two finishes outside of the points saw Santilal losing out the drivers championship to Philip Oakley, and the lack of results from Walters also meant that the team had to settle for 2nd in the constructors' behind Minardi.

For the Season 2 Santilal remained with the team, while Walters, signed as a test driver for Minardi, was replaced by rookie Matty Smith. Volkswagen was signed as new engine supplier, which turned out to be a bad decision, since it lacked pace compared to the Hondas. Santilal got in the points regularly and took a 3rd place podium at the Japanese Grand Prix, Smith however struggled and was replaced by Martini Paddock Racing test driver Charrel Jalving. The rookie surprised everyone when he won in his 2nd race only at the Czech Grand Prix, marking the highlight of the season for the team.

Double F ended the season in 7th place, a huge drop of performance when compared with the first season.

Double F spared no expenses in Season 3 when reigning world champion John Warrington joined the team coming from Team Shadow, a more than adequate replacement for Santilal, who left the team to join Martini Paddock Racing, Jalving also left, being signed by Double F's longtime rivals VSM, former Minardi. The second seat was filled by Christopher Hinz, who had been a test driver for Italian English Racing in Season 2. And for the first time, the team had test drivers, British William Ward and Peruvian Aldo Castillo.

Despite the promising lineup, the season turned out to be a disaster. The car was everything but competitive, leading Warrington to leave the team after six races only. Zsigmond Somogyi was brought in to replace him while the test drivers were fired. Volkswagen discontinued the supply after Warrington left, and the team switched to Petronas-branded Ferrari engines.

Hinz finished 5th in the first race after the switch at the Dutch Grand Prix, but it wasn't enough to stop the fall. Fischeder announced the team's withdrawl to the end of the season, which became an immediate one when Devil Fox Racing owner Byron van het Bolscher offered to take Double F's spot on the grid right. 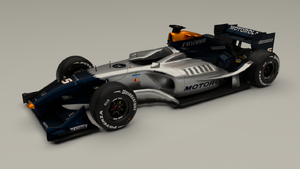 S1: 2nd in both championships in the debut season 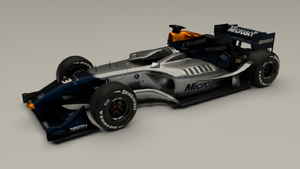 S2: Slipping down the order 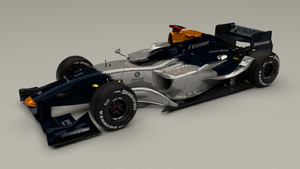 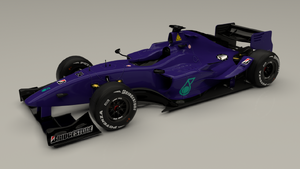 S3: The interim livery used after Warrington's departure, only raced once
Add a photo to this gallery
Retrieved from "https://gpgsuperleague.fandom.com/wiki/Double_F?oldid=13346"
Community content is available under CC-BY-SA unless otherwise noted.